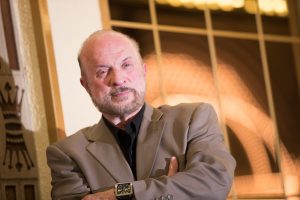 This is a power packed division and I would not be shocked if the one of these teams ends up in the Super Bowl and maybe winning it. For me, the best of the lot are the Saints and Falcons, followed not too closely by the Panthers and the Bucs.

Let’s look at the QB’s that these teams should start the season with.

We start off with the new 150 million dollar man. Yes, the Falcons rewarded Matt Ryan with a new 5-year, 30 million dollar per year contract. Ryan has proven over many years to a very valuable asset for this team and the marketplace allows for big numbers for quality QB’s.

The Saints follow right there, side by side with a quality at QB, in Drew Brees. Drew has proven, again over many years to be a championship quality leader.

The Panthers and the Bucs, follow with Cam Newton and Jameis Winston. Personally, I don’t have the same degree of confidence in either of these leaders as I do in Ryan and Brees.

Here’s my take on why.

New Orleans Saints: The Saints are the one team with the most recent history of championship quality football.  The Saints have finished among the top five scoring teams in the NFC. The team averages 27.9 points per game with Brees as a starter. Brees keeps getting better with age. He led the NFL with 8.1 yards per passing attempt, 386 completions, and a 72.0 completion rate in 2017. He’s recorded a 100-plus passer rating in each of his last three seasons. The Saints face 10 defenses in 2018 that allowed more than 20.5 points per game last season. Brees’ offense posts 28.9 per game in this situation.

Atlanta Falcons: Yes, I know, the Falcons were more recently in the Super Bow and held a 28-3 lead over the Patriots. Since that moment in time, they have had one major change, and that was the loss of OC Shanahan. They averaged right at 21 points per game in 2017. An easier schedule and added seasoning will see this unit improve immensely. My biggest issue is I haven’t seen them do it yet. The potential was realized two years ago with an explosive offense but my fear is their window may have closed.

Carolina Panthers: When you have a talent like Cam Newton at QB, you just never know where you might go, especially if he can stay healthy. The problem with Cam is the style he plays. He puts himself in too many situations to take big hits. In today’s NFL that just won’t cut it for very long. Rivera’s success offensively depends on establishing the run, Newton’s read-option, and subsequent play-action attack it sets up. The Panthers score 24.3 points per game behind quarterback Cam Newton in his career. Where would this number be if the former MVP played 100 percent healthy?

Tampa Bay Buccaneers:  QB Jameis Winston can make big throws down the field and strike in a flash, but needs to cut back on the turnovers. The maturation of Jameis is one of the bigger challenges for this club. There are times when his decision making and antics make you wonder. New coaches sometimes can turn players around and get at the potential everyone knows they have. Outside of the addition of second-round pick Ronald Jones II at running back, the skill positions remain relatively unchanged.