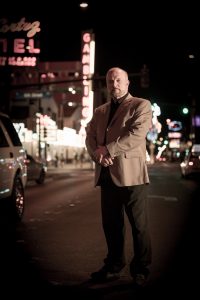 This week I look at the final NFL division, the NFC West.  This might be one of the weaker divisions in football with the Rams looking as the best team and the rest having many question marks.

LA Rams: This is a team to be aware of this year. First of all, their division is not as strong as it once was. Looking at the Qb’s in the West, you have one of the best in Seattle’s Russell Wilson, but that team has many flaws to overcome. You have Sam Bradford at Arizona, but they are really a train wreck. Then you have Jimmy Garoppolo with the 49ers. Jimmy is very impressive for sure, but the defense is very much a work in progress. The Rams’ retooled defense is a beast on paper with the addition of corners Marcus Peters, Aqib Talib, and pro tackle Ndamukong Suh.

The LA rams have it all going for them, division wise that is. I expect they will win this division and head right into the playoffs. At that point much of this young team will have gelled and they will be dangerous come playoff time. Of course, all things can change due to injuries but that is across the league.

On offense, QB Jared Goff looks promising but has to show he can do well vs the teams with the best defenses. I believe experience and good coaching will help get him there. He is young, but by the time they get to the playoffs he will be a lot more seasoned than he is right now.

Seattle Seahawks: Pete Carroll is being blamed by many for some poor decisions over the last few years.  And, those decision have led to the fall of the once great Seahawk’s. While some of the blame should be laid at his feet, it can’t totally go there. Back when QB Russell Wilson was being paid rookie money, the Hawks built one hell of a team. And that team included their defense knows as the Legion of Doom.

Since then, the QB payroll has gone up and as a result the team has had to allow several great players to exit. But let’s not use that as an excuse, because every team has to deal with salary cap issues. In my opinion, Pete has made some poor choices, beginning with player decisions. But we cannot forget the incredible play call of not giving the ball to the beast on the goal line in their Super Bowl loss to the Patriots.

The defense has had tremendous turnover and it is just a shadow of its former self.  For the past few years the trouble spot has been the offensive line, which is poor in all aspects.   Wilson, who I feel is as good as any, has been sacked 40 times in five of the last six seasons as a professional. Last year, the front gifted 209 total pressures. In addition, the zone-blocking scheme did a poor job opening holes for the RB’s.

The front office traded for four-time Pro Bowler Duane Brown to take over the all-important left tackle spot. I’m not impressed with his resume due to durability concerns. And other moves they have made in that area also under impress me. It’s only a matter of time before the undersized Wilson starts to break down from all the hits.

I’m not going to step out and say the 49ers wont win this division but the hype is way overboard.

San Francisco 49ers: Jimmy Garoppolo has never lost a regular-season NFL game as a starting quarterback. He’s 7-0 SU and ATS in two career games with the Patriots, and the last five leading the 49ers to close out 2017. But take a close look at those wins at the end of last year. Many were meaningless to their opponent and some were vs weak opponents. Don’t get me wrong, I like what they are building here but it will take time to mature. The offense is expected to mature in its second year under mastermind head coach and coordinator Kyle Shanahan.

The weak spot is on the other side of the ball, particularly in the secondary. Just too many questions remain on defense. Outside of new signing Richard Sherman, who will have to prove he is still an elite force following an Achilles injury, the backfield is largely unproven. Jaquiski Tartt, Adrian Colbert, and Ahkello Witherspoon have a combined 37 starts in five years of combined experience. Their numbers don’t jump off the page either, tallying 4 interceptions and 21 pass deflections.

Arizona Cardinals: With an over/under win total of 5.5 games, this club might end up winning less than the Browns. Of course, that is if the oddsmakers are right and I think they are.

The Cards are dealing with a slew of issues. They have a ton of new faces, including unproven Steven Wilks as head coach. Sam Bradford comes over as number one QB, with rookie Josh Rosen waiting in the wings. Neither will get much help up front. Sam is talented, always has been, but durability has been an issue. How many games do you really expect to get from Sam, especially behind a weak OL?

The offensive line stunk in 2017 and remains the primary weak spot. It allowed 217 total QB pressures last year, second-most in the league.

How is the franchise attempting to fix it? Four new starters are penciled-in from a year ago (LG Mike Iupati, C A.Q. Shipley, RG Justin Pugh, and RT Andre Smith), with LT D.J. Humphries the only familiar face.

This team will finish dead last in this division.