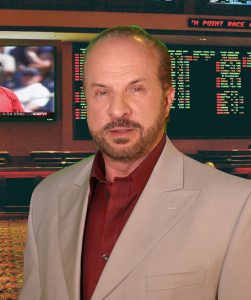 Minnesota Vikings: It seemed to me that in 2017 head coach Mike Zimmer did not fully have Case Keenums back at times. Judging by his off season moves, that may have been the case as all of his three QB’s are gone and he has brought in QB Kirk Cousins. Personally, I feel this is an upgrade, but Cousins has not yet done in his career. Keenum was 13-3 last year in the NFL, which is no small feat. Keenum was money for his team and for us bettors. Only time will tell if Zimmer’s gamble will pay off. Zimmer is known for his defensive prowess and it showed in what the Vikes were able to do in 2017. The Vikings were first in yards allowed, second in passing yards allowed, second in rushing yards allowed and first in points allowed per game.  That is a very impressive showing and along with a steady and a little above average offense, the Vikings went a long way. Even with the questions I have regarding the change at QB, I believe the Vikings still remain the team to beat in the NFC North.

Green Bay Packers:  Obviously with Aaron Rodgers back from a season lost to injury in 2017, this team will be a contender, no matter who they face.  The guy is just that good. There are other excellent QB’s in the league, but Aaron in my opinion is the best. The however to that is that he does not have the best coach or supporting players that he needs to go all the way. Keeping in mind that the Packers depend so much on Rodgers and if or when he gets injured they will need a back up to step in.  With Hundley and Kiser backing up this year, they do have a bit of insurance. I wouldn’t bet my house on either, but they can function.  As I said, 2017 was a lost season and I take nothing from the results we saw from that season. Both the offensive and defensive stats were tainted due to injuries and sometime lack of desire. Given a much healthier 2018 this will be a solid if not a great team this year. As I said Rodgers is that much better than most and if he gets the support he needs this team will contend for a Super Bowl.

Detroit Lions: New coach is in Mo-Town, but one with some Patriot blood in him so to speak. This will be HC Matt Patricia’s first go at a head coaching job. Matt is a defensive coach that has to bring those skills and more to the table this year. The Lions defensive stats from 2017 were atrocious: 27th in yards allowed, 27th in passing yards allowed, 18th in rushing yards allowed and 21st in points per game allowed. These are not stats of a team that want to be in contention. Yes, the Lions do have what I feel is a high quality QB in Matt Stafford but that is not enough. This team ranked dead last in rushing yard gained per game last year.

Chicago Bears:  Another team in this division that moves forward with a new HC in Matt Nagy. Matt was a one-year offensive coordinator for the Chiefs last year. Hard to know until he is on the battle field if he is ready to handle being a head coach in the NFL.  Former head coach John Fox didn’t seem to be able to keep pace with the New NFL, so Nagy should be an improvement in that regard.  A lot of the blame of 2017 will go to Fox and the inexperienced quarterback Trubisky.

There is a lot to fix on this team and I believe the marketplace is over estimating what the Bears can accomplish this year under a new head coach. Fact is, for the last two years they have failed to win one game vs any of their NFC North rivals. I’m not optimistic that this club can do much this year. Inexperienced HC and QB is not what I can immediately build my hopes on.

It looks like the Vikings are once again the team to beat this year with the Packers a close second. The Lions will be improved and should move up with the Bears closing out the division.