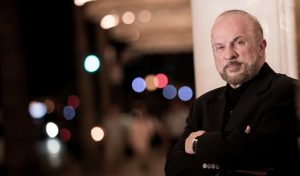 Philadelphia Eagles: Can they do it again? And can they do it back-to-back? Not something that has been done very often in this division.

The defending Super Bowl champion Philadelphia Eagles will try to get past three teams that may not look great on paper but any of them could surprise. The last team to win the NFC East in consecutive seasons was actually Philadelphia. That was then and this is now. Let’s have a look at what the Eagles will be facing this year, but first let’s look at the Eagles themselves since they are the odds on favorite to win the East this year.

We all remember what Nick Foles did in the Super Bowl. He was amazing in relief of Carson Wentz, who most likely would have been the League’s MVP had he not gotten hurt. Be that as it may, Wentz will be back and no one knows for sure if Foles will be traded or not. It’s still a long way till opening day and many uniforms will change.

The problem for the rest of the division is that the Eagles should be as strong or even stronger this year.

Dallas Cowboys: Are they still America’s team? Not in my book. This is a money burning group that has been fan favorites for so long, they often are over rated. That leaves the door open for sharp bettors to take advantage, especially when they are laying points at home. I only mention this, because when the public gets too hyped up in the Jerry Jones media blitz, the sharps take advantage and the public pays the price. Beware my friends.

This team looks to be solid in many areas. Running back with Elliott back from suspension, QB and look to be solid. Gone is wide receiver Dez Bryant and I say, it’s about time. Unfortunately, also gone is Jason Witten, who always was a class act, on and off the field.

I know there are many here in Vegas that believe Dallas the stronger contender to the Eagles this year but I disagree. (Check out the Giants write-up for that answer)

Jason Garrett, in my opinion is a middle of the road head coach, so I can’t get too excited with him at the helm.

New York Giants: There are a lot of questions with this squad but most clubs have issues to deal with. Just seem this team, especially one that some folks think will be vastly improved and those question marks loom large.

Let’s start at the QB position. Eli with his two super bowl rings certainly has the tools and experience to win the big one but age does come up in conversation. Father time is undefeated you know. By no means am I saying Eli can’t get it done but he will need more help than management has been giving him recently.

Let’s look at what they did to help themselves. Giants made a big splash in the NFL Draft, by taking Penn State running back Saquon Barkley. I think this as a great move. Frankly I feel those teams that passed over Saquon, did themselves a disservice, and because none of the top QB’s in the draft were as sure a winner.  Also the addition of OG Will Hernandez will mean a great deal for the OL.

On defense the addition of defensive coordinator James Bettcher, with what he did at Arizona on his resume should really help.

With Eli and Beckham still in the fold, along with Barkley and what sure looks like an improved offensive line, I think the Giants will be the biggest challenge to the Eagles this season.

Washington Redskins: Enormous difference in QB styles for the Redskins. Switching from Kirk Cousins to Alex Smith will certainly give the Skins more consistency at the position. Kirk is a bit more of a gunslinger and Alex is more of a surgeon.

Lots of work needs to be done on defense, since the Skins were 28th in the NFL in points allowed. This stat could be helped quite a bit if the offense improves by not turning the ball over. With Smith at QB that could very well happen.

With an improved running game with Derrius Guice and upgrades on defense, this team could salvage a .500 season. I just think the rest of the division is too tough to expect much better.