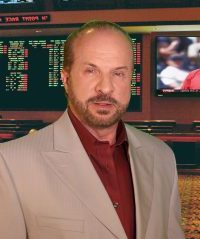 I will be looking at the AFC North division in this article. And it all starts with the hype surrounding the Cleveland Browns and with good reason. Las Vegas books have the Browns favored to with the AFC North.  I agree, the Browns have a very good chance to win this division.  However, in the end they are not my first choice. I am going to place my money on the Pittsburgh Steelers to win the division.

The Browns had a solid season in 2018 and the additions they made have been and look to be very positive toward their continued improvement in the division.  The attitude in Cleveland is upbeat and optimistic. They have a dynamic leader on the field in QB

Baker Mayfield who had nearly a full season under his belt.  I see a ton of upside for him going forward.  They also have a new head coach in Freddy Kitchens and that to me is an issue that warrants caution.  It is a real gamble to bring in a head coach that has no head coaching pedigree.  Kitchens was the running backs coach for the Browns last season and now is tasked with managing several big egos on this teams while battling some fierce competition. Only time will tell how that all works out, but for me the

Browns are overhyped and overpriced at this time. Vegas has their win total at nine-games, and I think that is a good line. I see no edge in betting the over or the under on the Browns. However, if the money line moves to say 9 (-140 or -150) then I would see value on betting the UNDER because the division has such fierce competition.

Looking at the bottom of the AFC North we see the Cincinnati Bengals. QB Andy Dalton is still there at QB and that’s the good and bad news.  The coaching staff has changed and that means new systems to learn and master.  The Bengals have three tough opponents in the division and as such I don’t see this team winning many games. Vegas has the total wins for this team at 6 (-130). I personally don’t see the Bengals winning seven games and that is what you will need to cash an over bet with Cincinnati.  I would rather play the UNDER on the Bengals and take the plus money.

Next up would be the Baltimore Ravens.  This squad could be difficult to read and get right. They are going to have a very unusual offense, run by a non-conventional QB in Lamar Jackson. Their head coach, John Harbaugh, is solid but the pieces will have to fit for them to overcome the Steelers and the Browns in this division. I also have that visual in my memory bank of how the Chargers took them apart last year. Can they overcome their obvious weaknesses that showed up in that game?  Vegas has their total wins at 8.5 games with. the under as the favorite at (-135).  I agree this is a strong line as I don’t see this team getting nine wins, so for me it would be an under 8.5 bet or nothing at all.

The Steelers got rid of a couple of players that were super talented, but lots of problems to the team. I think the Steelers are going to be very, very difficult to overcome this season.  QB Ben Roethlisberger is rededicated and head coach Mike Tomlin knows how to coach.  Both these guys have two Super Bowl rings and that is not to be overlooked.

Don’t fall asleep on this Steelers team, they’re going to be tough with their veteran leadership and coaching. My only gripe with Tomlin is that I think in the past he has been too lax at times. We will see Tomlin and Big Ben buckling down this season and my favorite to win the AFC North.  Look for more discipline and better focus from this squad in 2019. Vegas has the win total for the Steelers at nine games, which is the same as the Browns. However, I like the over with the Steelers more than I do with the Browns.